In  this  YouTube  by TechCube  we can see  different gaming benchmarks comparison between Windows 8.1 and 10. This study was done in the initial days of May 2015.

The Unigine Heaven benchmark test showed a difference of just 3 points between Win 10 and 8.1. This is useful to measures GPU-intensive programs and tests the graphics cards to the limits.

The Unigine Sanctuary Benchmark test showed a significant difference between the two. In this test Windows 10 scored higher of 445 points.

This is of legacy mode. So you can understand that if this score is higher it would work better on the legacy graphics cards and hardware.

This benchmark test mainly supports DirectX 9 and 10. It also supports HDR rendering. Using an old benchmark test like this shows that Windows 8.1 does not score much in legacy GPU tests.

The Unigine Tropics Benchmark scores were level for both Win 10 and 8.1. This benchmark test was released in 2008, a year later than Sanctuary. This also comes under legacy test according to Unigine website.

But this test supports DirectX 11 as well. This is indicative of the gaming power because of the different picturesques tested in this version. A variety of environments like ocean, sun-set, coconut palm trees are tested. 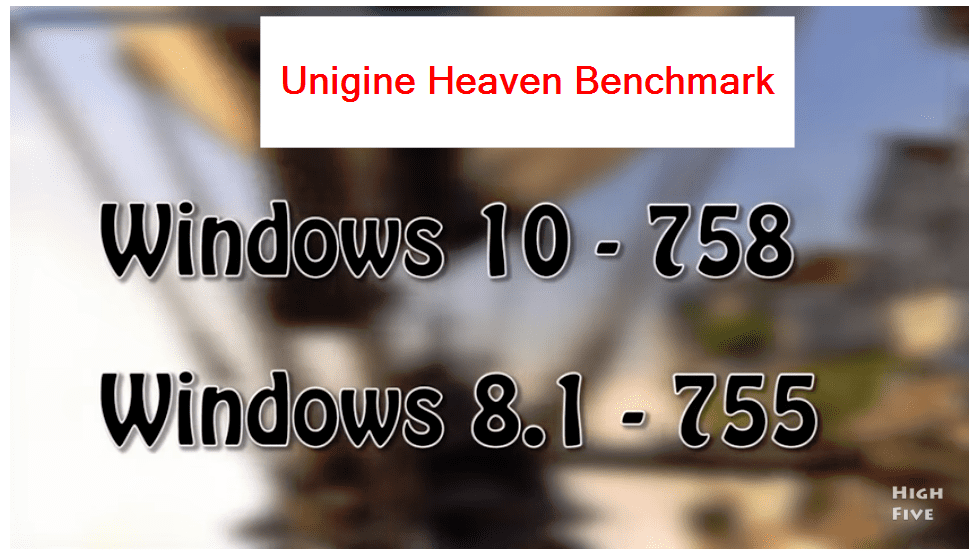 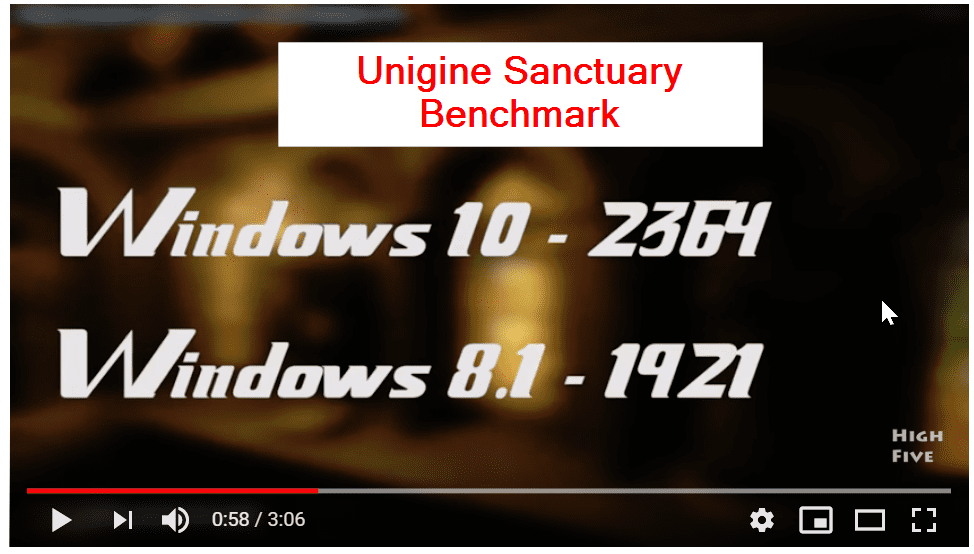 In the 3D Mark 11 test, there was not much difference in FPS score between the two. It is a benchmarking tool created and developed by UL, (earlier known as Futuremark). It is indicative of the performance of a computer’s 3D graphic rendering and CPU workload processing capabilities. 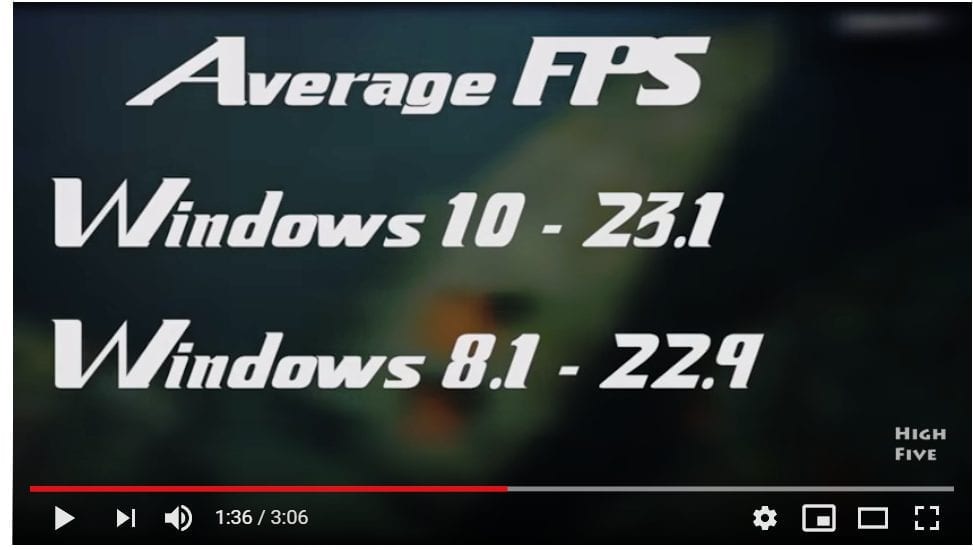 The following games were tested to see the superiority difference between Windows 10 and 8.1 in gaming fps speed. It also shows the range of benchmarks obtained using the same hardware, but different games.

The first game saw that Windows 8.1 had a better frame rate than Windows 10. It can be said that if you play this game frequently, it is better to use 8.1. But you will not much difference using Win 10 as the FPS is only 1.5 less.

The second game saw significant improvement in Windows 10 FPS. The difference between the two was only .61, though Windows 8.1 scored a bit higher.

The third game had a higher frame rate in Windows 10. Though it was marginal of 1.1 FPS, we can say that Windows 8.1 is not left behind.

All the above FPS scores were only average. It should be understood that higher the FPS score, better the game performance.

From these 3 games we can conclude that, there is not much difference in FPS rates between 10 and 8.1. Since these tests were conducted in 2015, the game performance might have significantly improved in 2019 after the 1903 update. 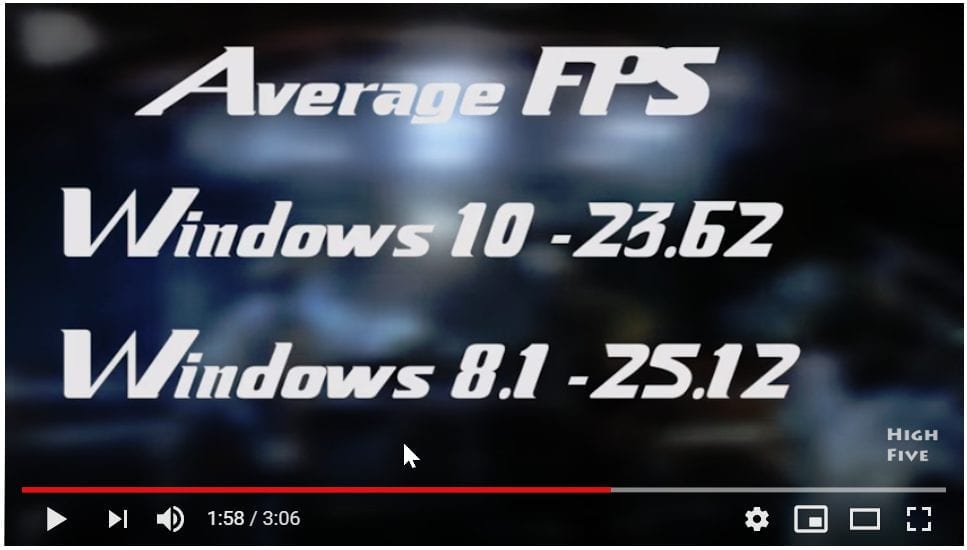 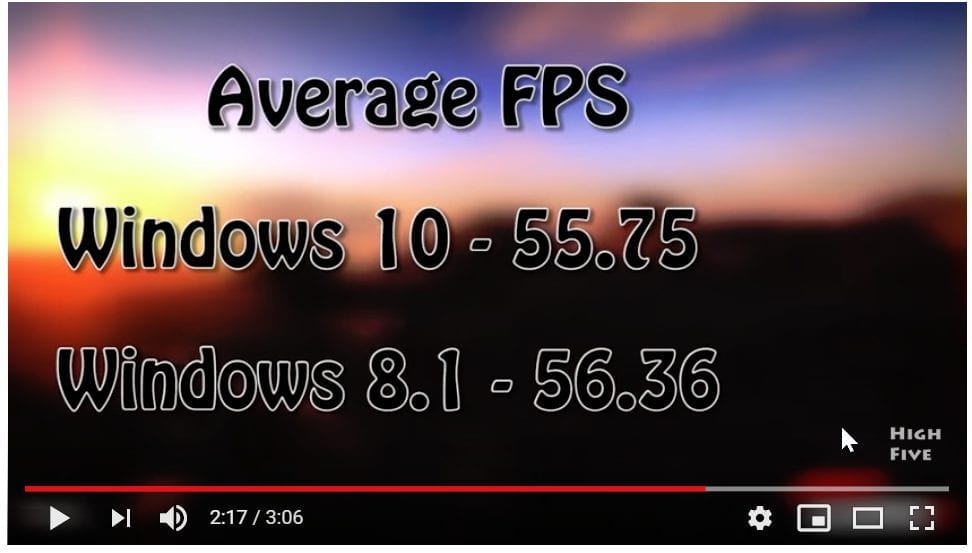 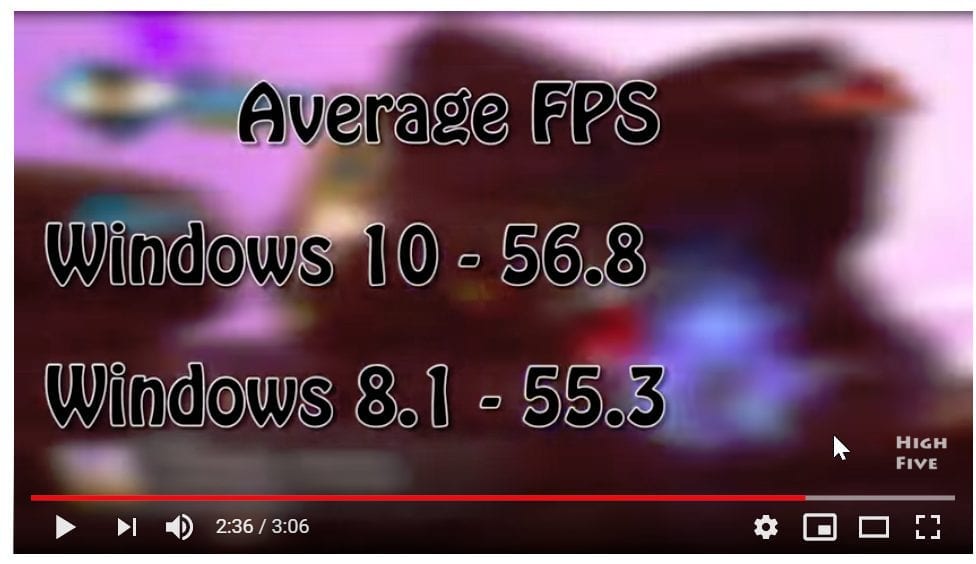 In this YouTube video by CPU modder, the following system configuration was used to test the gaming performance difference between Windows 8.1 and 10 in the year 2017. 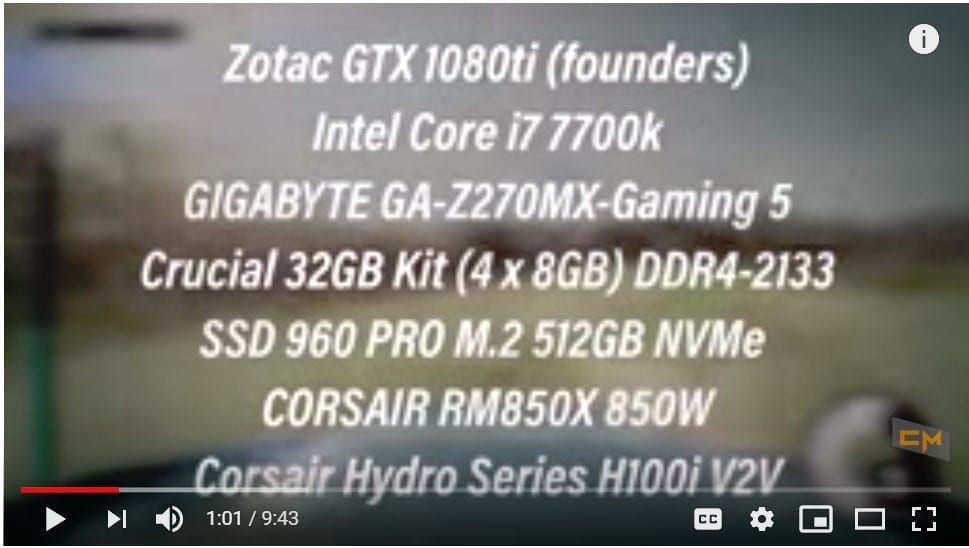 The following games also showed a slight higher FPS rate towards Windows 8.1. The difference was very marginal. You can say that, visually you cannot find the difference between Windows 10 and 8.1 in the FPS rates. 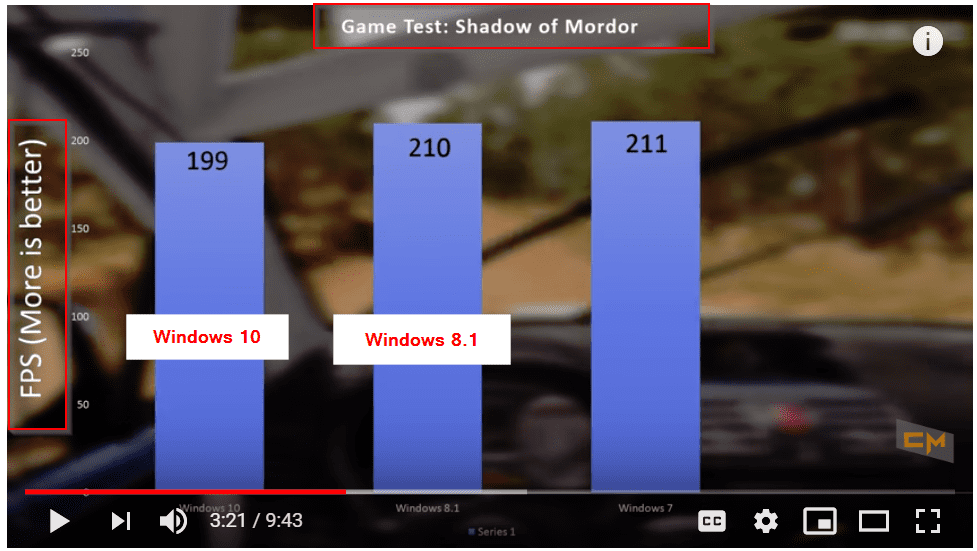 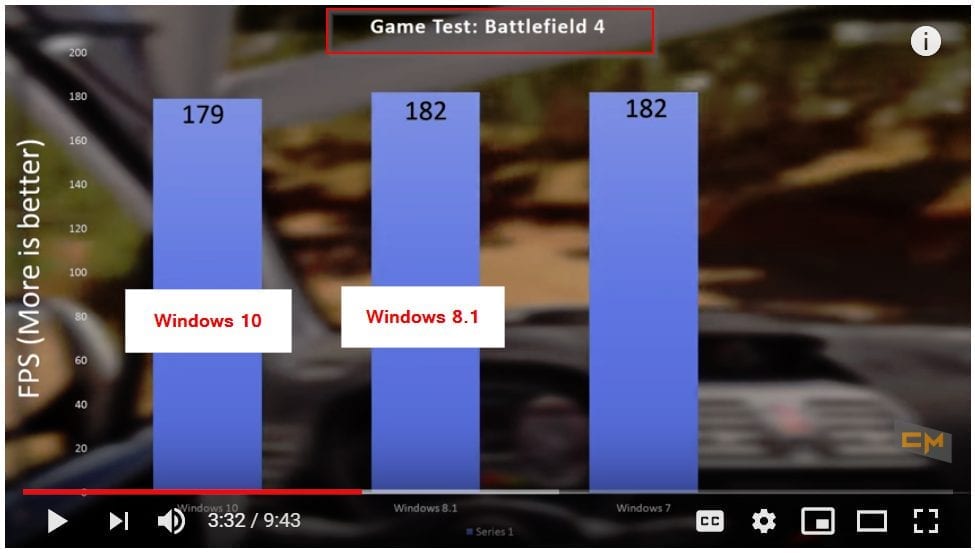 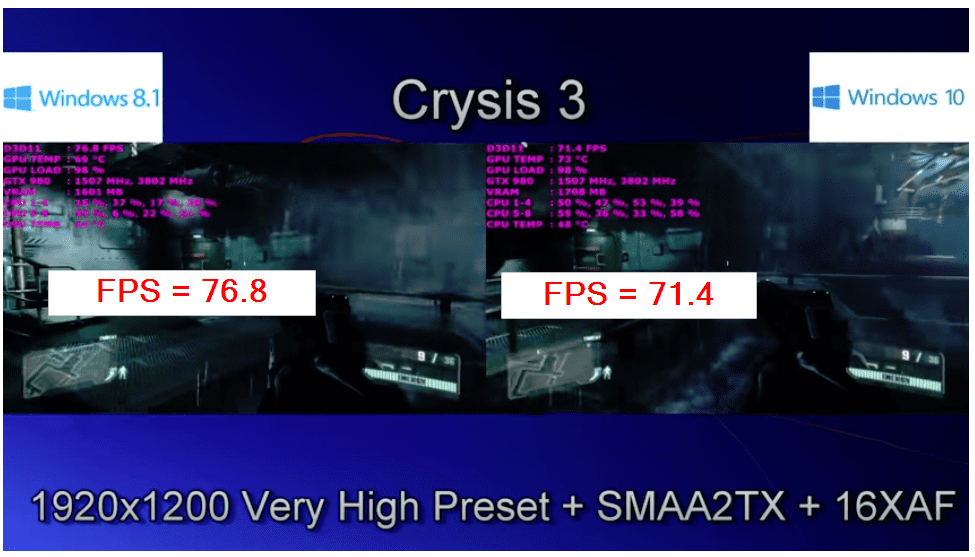 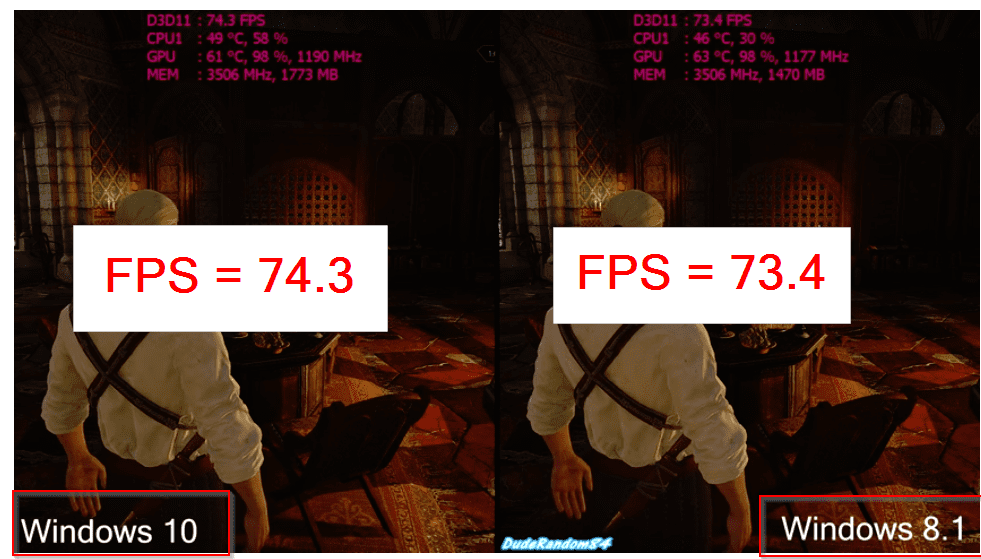 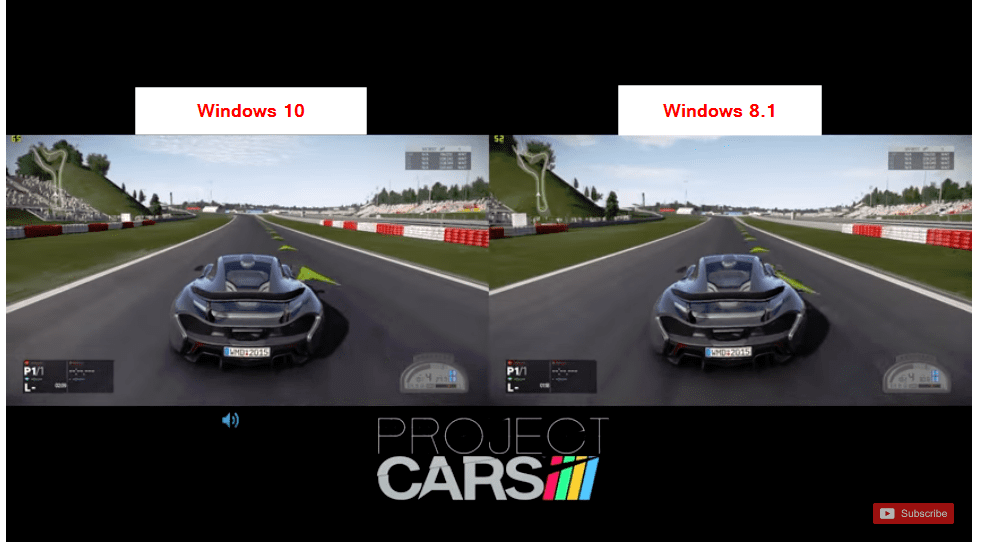 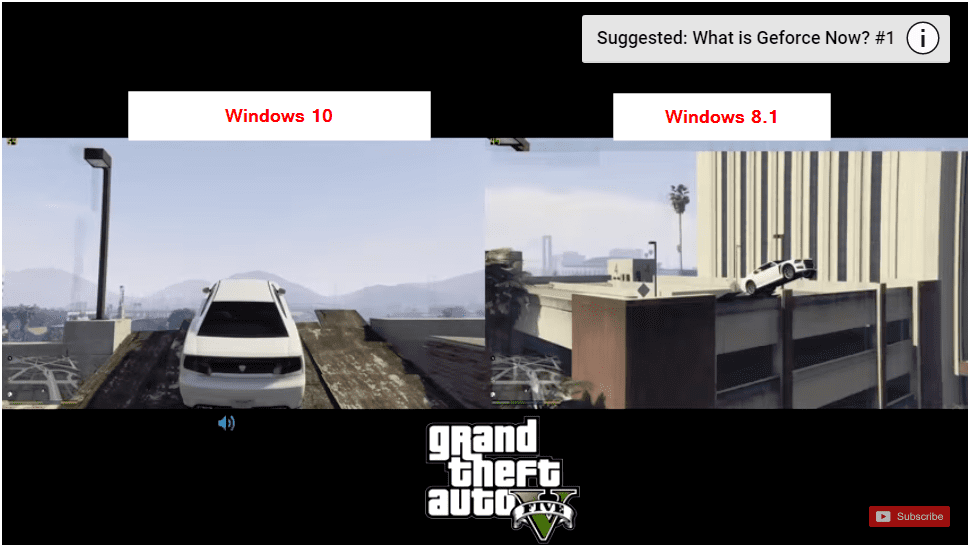 As you can see from the gaming benchmarks between Windows 8.1 and 10, the FPS and scores were not much different from each other.  We have shown results from test results obtained in 2015 and 2017. Since Windows 8.1 is lagging behind in the gross customer base in 2019, not much further benchmark tests were available in YouTube videos.

But definitely you can find more gaming benchmark tests of Windows 10 in 2019. This will be indicative of the whether there has been any significant improvement in gaming, performance wise.